The Camera is not film tested but is working like a charm :)

There are just a few signs of use.
Small scratches and marks. One small dent on the front panel.
Cleaned and very clear viewfinder.
Perfectly clean inside with perfect light seals.
No fungus, no fog, no scratches and normal dust inclusions in the lens.
No oil on the aperture blades.
Everything works as smooth as it should.
For its age this camera is in very beautiful condition.

The name Movikon is derived from the terms „movie“ and „Zeiss Ikon“. It was already used in the 1930s. In 1952, it was the inspiration for a highly unusual double 8 cine camera, constructed transversely, similar to a camera. Filming in landscape format – the Movikon 8 made it possible because of the special position of the film. Here, the film lies on the side of the film door (not vertically as is usually the case) and has to be turned twice in reversing loops in order to run through the film channel. There were several versions of the Movikon 8.
The camera offers a Movitar Lens 10mm f1.9
This later model built in 1956 does have an fps switch for: single shots, 16fps, 24fps, 32fps, 48fps.
Which was pretty crazy for that time. This camera is an absolute masterpiece of german engineering. 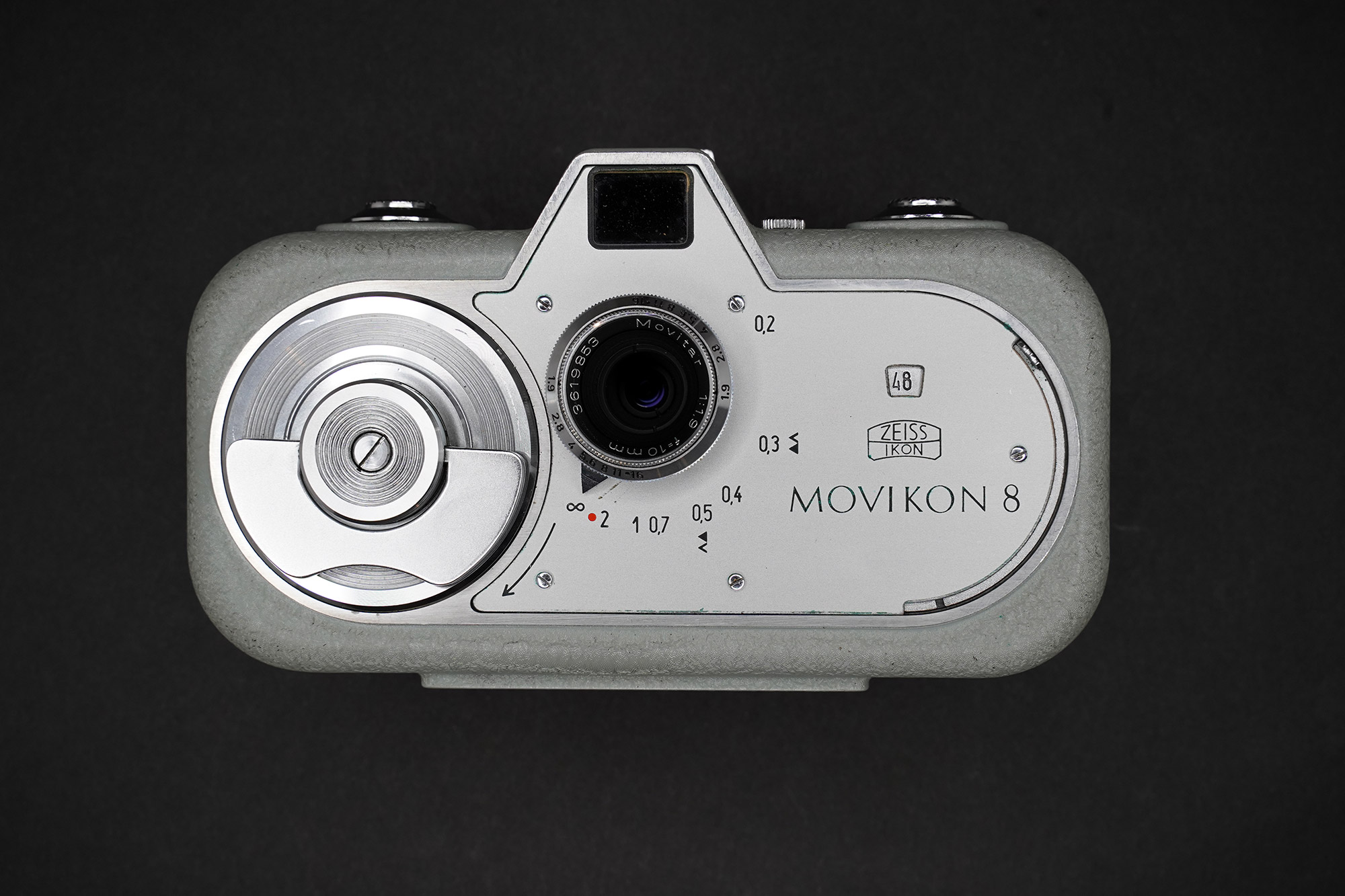 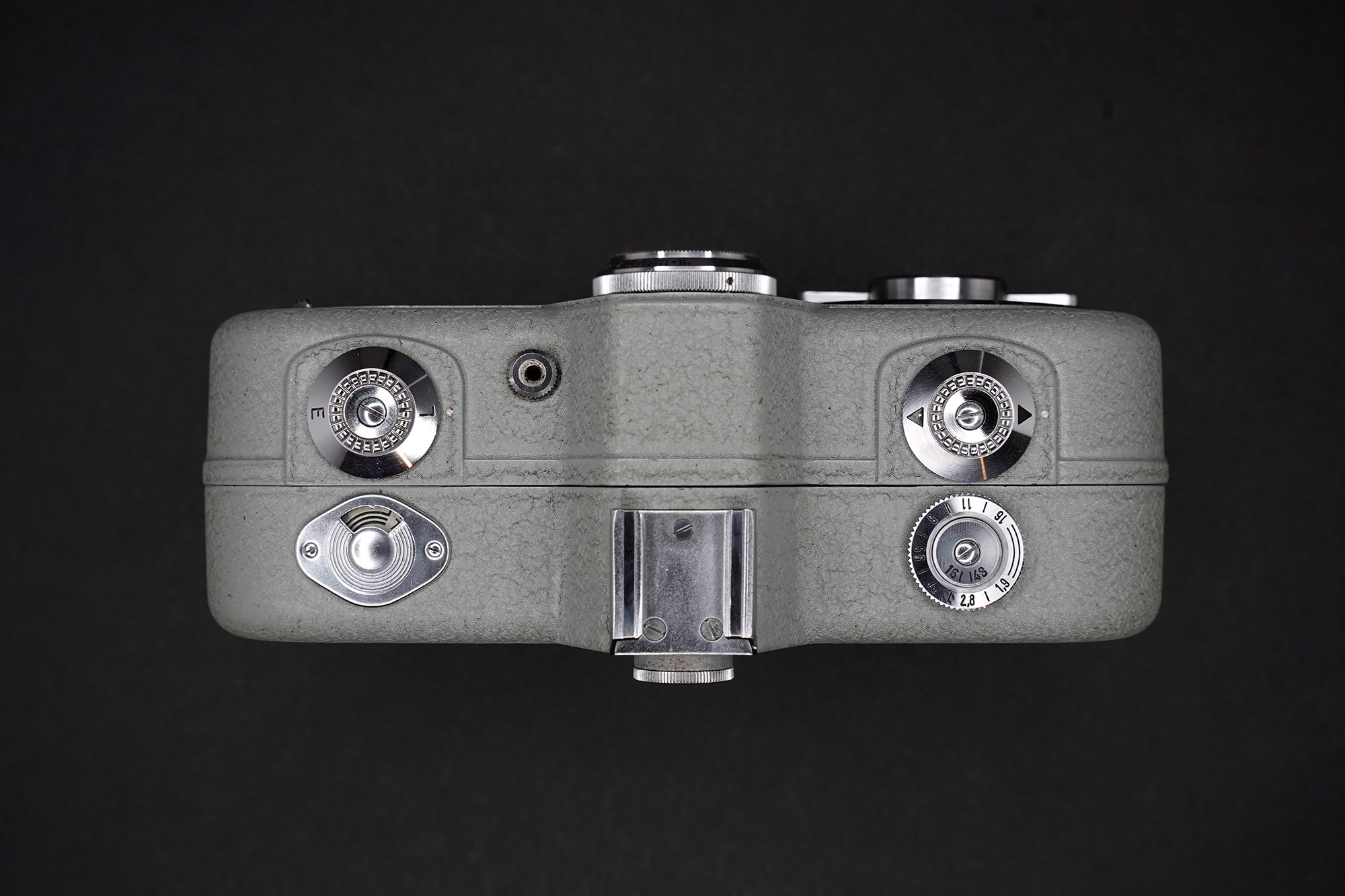 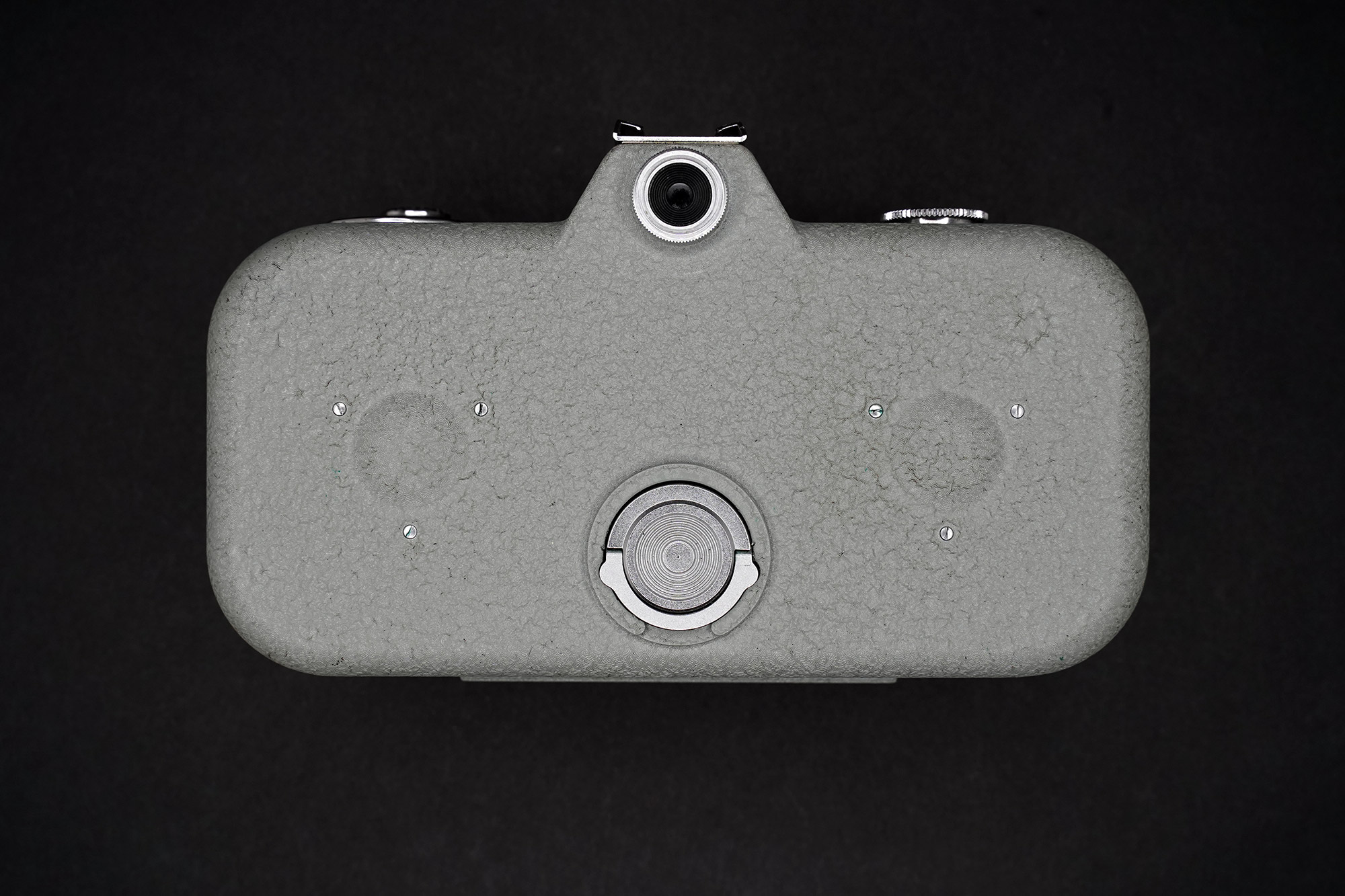 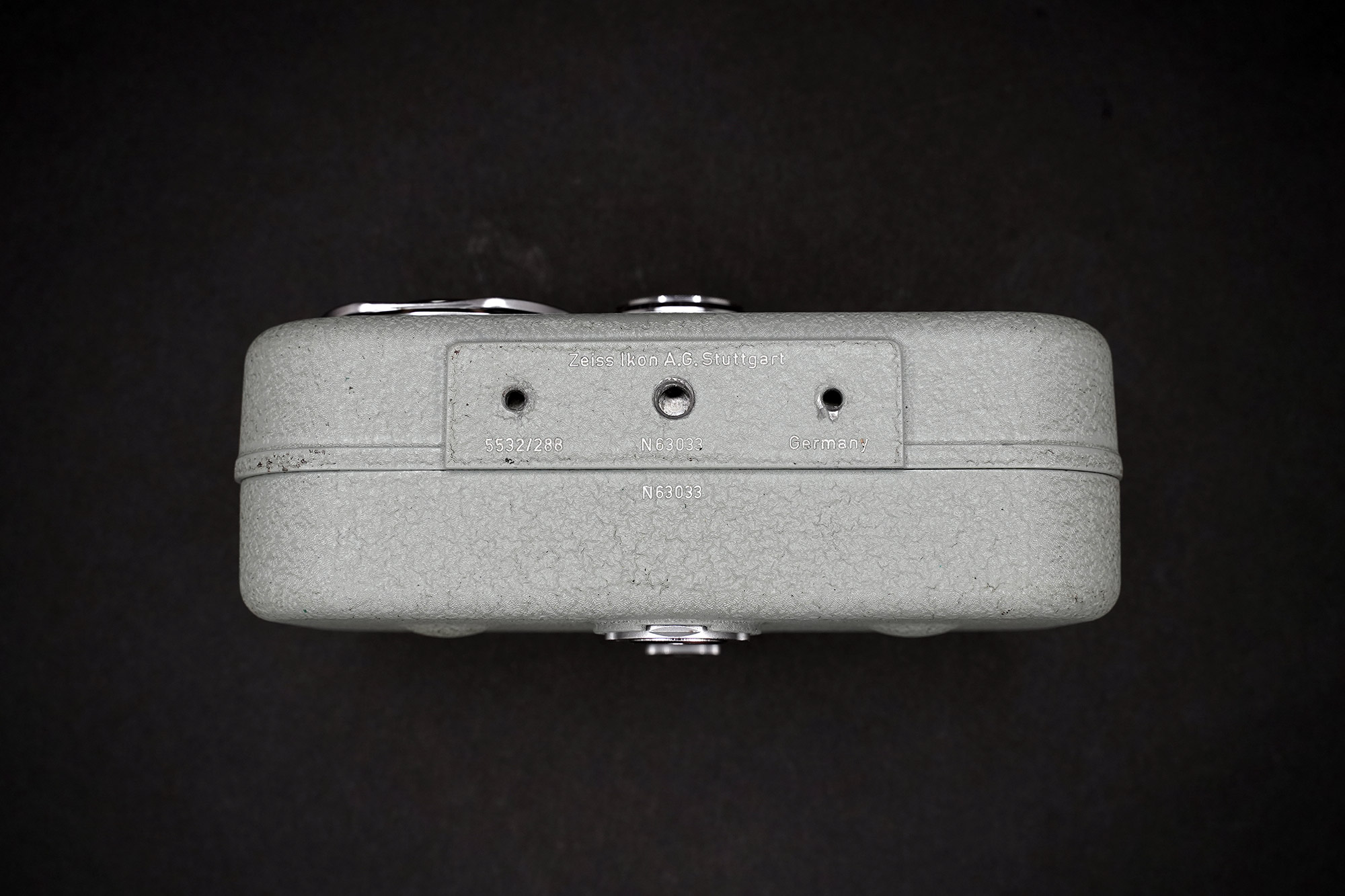